Commercial real estate prices have plunged this year as people stopped going into offices, and retail businesses were disrupted. That could lead to a significant losses for banks, according to a recent report.
http://dlvr.it/RkKstG

COVID-19 included, the biggest obstacle to home ownership remains the financing. For most, it’s saving the down payment. Especially if you haven’t owned a home before that builds equity to transfer as the down payment when you upgrade or move to another location (but that’s not a first time buyer). The Millennial Generation is having […]

New home building starts were up more than 8% at the start of October compared to one year ago, but the increase is still not enough to meet demand, according to Lawrence Yun, chief economist of the National Association of Realtors. Yun noted that housing starts in September were at a 1.42 million unit production […]

Turning browsers into buyers is the ultimate sales goal. A competent salesperson can strike up a conversation with a passer-by and, armed with nothing more than good cheer and convincing patter, conjure a deal out of thin air. This is true of the property industry too, with real estate agents often earning a 5-6% commission […]

Unfortunately, more than seven months into the COVID-19 pandemic, people are still uncertain of what is safe. For example, according to a new survey by Real Estate Witch, only 60% parents said they were planning on trick-or-treating this year, and only a third of those participants said that they would be taking extra precautions. For […]

The post How to Keep Your Home Safe This Halloween appeared first on RealtyBizNews: Real Estate News.
http://dlvr.it/RkClV0 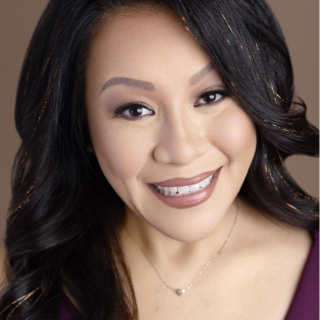 Myra Spano brings you over a decade of experience, expertise and tools to ensure a successful, smooth and stress-free transaction. | "Great things happen because I listen to my clients. Personal honesty and integrity are the foundation of my success. My name and reputation are the most valuable things I own." ~ Myra Spano | Specializing in Virginia's beautiful coastal region of Hampton Roads, including Virginia Beach, Chesapeake, Norfolk, Suffolk, Portsmouth, Newport News, Hampton and surrounding communities, in addition to international referral networks and connections worldwide.

Just a special thank you for all my clients, colleagues, friends and family who have supported my endeavors in helping others with their homes, investments and future real estate goals. Much appreciation to all!